Why Being Disconnected from Practice Isn’t Really a Thing

One hears people, especially in arts circles, talking about their relationship to practice. Artists and other creatives (not forgetting nurses, teachers and well beyond) don’t just think up ideas and they magically appear, let alone the idea that it even starts with an ‘idea’ rather than a more embedded and entwined being in the world (more on that another day). Artists do stuff and make things. Practice. Professionally though this can be a bit of stick to beat yourself with, especially if your practice isn’t very ‘visible’ or has few tangible outcomes. On a residency a while back there were several participants whose primary motivation was related to ‘reconnecting’ with their practice. But what does that actually mean?

I can’t speak for others but I can speak for myself. Two years ago, following a string of post-masters projects, workshops and residencies, I lost momentum. Myself and my partner managed a little travel between my last two engagements (both residencies) and relocated to London (where we still live). During the relocation financial pressures played a significant role. I was also looking for a bit of a new challenge and started working in education. I’ll talk more about that in a moment but basically, life got in the way and I’ve done very little visible creative work.

During ‘arting’ and ‘workshopping’ thoughts around pedagogy arose. It was hard to get a grip on what this actually meant to me and I felt an urge to work in education as a starting point. A range of personal experiences, and a desire to engage critically and ethically with them, pushed me towards ‘challenging’ students and so I ended up working in a PRU (Pupil Referral Unit) with socially and emotionally challenged teens. We had some ASD, various levels of SEND, frequent verbal abuse, numerous safe-guarding concerns, minor drugs issues, a bit of violence and a fair whack of property damage - all alongside some truly amazing young adults, laughs, crazy stories, amazing progress and I even got to run a little bit if a music production workshop. The first year was tough but rewarding, the second year mostly just tough. I won’t labor trying to explain this beyond what I saw as poor practice from some entrenched staff members; and a downward spiral of bureaucracy. The wider political climate is truly awful also. Not to let these factors off of the hook but also every year will be different and inevitably some things will or won’t gel better than other years. This last year wasn’t my year and it took a toll on me. Both the work demands and the emotional labor — all of which go well beyond a ‘working day’. The pay’s shit too (and I had it better than others)!

I struggled to maintain recording music during this time, either collaboratively (The Sons of David Ginola’s release was from jams preceding this last year) or solo (I have recorded nothing in nearly 2 years — well except for a started but not finished possible project with yol which I failed to get off the ground in the summer holidays). My only performances of the past 2 years were Extraction Music and Electric Knife - both when we first moved. I did manage to finally sort out a range of long standing printing issues and belatedly put out some artist books, but without maintaining any kind of visible practice I may as well have been pissing into the wind.

That must sound like a depressing, self-pitying, ‘negging’ though, and it is, but it also isn’t.

It is because I’d be lying if I said I didn’t feel some of those things. I was mostly thinking this during emotionally gruelling days where it all rubs off and gets the better of you. It isn’t though because there’s no actual yardstick by which we’re meant to measure ourselves as an indicator of success. What we actually mean when we say we’ve become disconnected from practice is that our practice has become disconnected from the systems of value and exchange frequently necessary to try and sustain practice. Often these systems are commercial and market based and the idea that our self-worth as practitioners is determined by such forces is awful and something we should actively resist.

This is why I think our frequent beliefs around ‘practice’ can become a stick to self flagellate with. In my case the practice wasn’t very visible but it did exist. I have been experimenting with privacy and cryptography aware DIY digital self publishing. I have also developed a range of skills, critical understandings, ethics and approaches to teaching (whether formal or informal) — I’ve developed a pedagogy (this and the digital publishing are more interrelated than it might seem on the surface too). This is positive, this is practice, it just doesn’t look like what we’d like it to look like when we begrudge becoming disconnected from our practice. There are certainly ways to make this practice more visible, there are ways of transforming it, but those ways aren’t always practical or suit the work. We can always reflect and try better but we’re still practicing when we’re figuring this stuff out.

The next challenge for me then is to try and integrate these threads of my practice and to figure out ways to make them more visible (because at some point we probably do want to connect with audiences and even the market aspects of creative practice).

One step that seems important in all this is the archive. We could, but we won’t, delve very deeply into the politics and meanings of archives, rather I’d suggest that most of us try and archive our own work. Whether that be through keeping copies, scrapbooks, portfolios, meticulous documentation, backups etc. The other thing about our archives is that despite our best efforts they aren’t stable. They’re always shaped by our changing relationships to our archives. This is fairly well understood and feels pedestrian to say again but it seems to be like a good place to start to reconnect with practice (though what I really mean is to connect aspects of practice that stray from the widely accepted models of how practice should function in an arts economy and make them more visible with the ultimate aim of maintaining some kind of professional practice that may attract benefits, opportunities, kudos and payment).

I’m leaving it there. Not much of a conclusion. Rather, I feel it’s more important to critically engage with what ‘being connected with practice’ really means and begin to find ways of embedding it into our praxis. The archive may or may not work for you, it may not work for me, it is where I’m starting though and I wanted to discuss why publicly. Other than that, I’ll be sharing more stuff as I go. 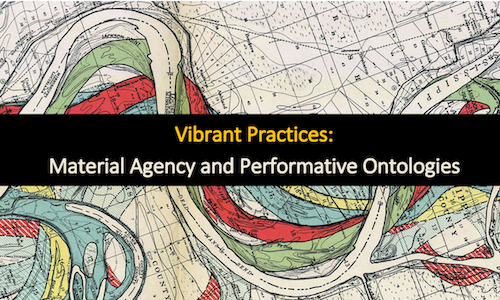 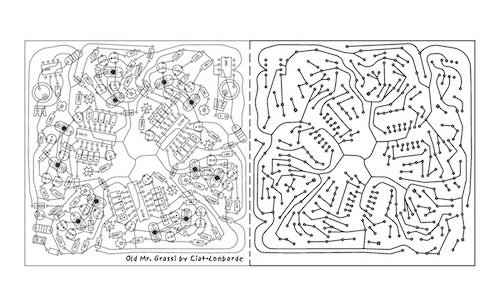