A slight annoyance in some of the literature I sometimes encounter during my PhD is the way alternative or, so-called, counter-cultures are represented as somehow being better than others. Take, for example, the following description of mainstream culture.

Today people can enjoy the same unchanging and vacuous television programs with ever more excellent quality video and audio. Internet enables users who wish to do so to switch from pornographic films to videos of enchanting kittens infinitely more quickly than a few years ago. Listeners can access an immense variety of music of the lowest artistic quality. Obviously not everything is to be dismissed as trash, yet it becomes ever more difficult to resist or to avoid that which seems dubious, stupid or even dangerous, ever more easy to become glued to a large, high-definition screen offered through a home-theatre system than with a small cathode-ray tube television set, to remain immersed in an inane video-game, to wander almost indefinitely within immense shopping centers.

To be fair, the authors are making the point that circuit bending is somewhat limited as a form of resistance to the forces that drive the vision of consumer society they describe above. But still, it’s the snark and sanctimony that especially bugs me here.

There are clearly things wrong with commercial technological production, not least obsolescence cycles, resource extraction, and horrendous labour practices. Global mass-entertainment is destroying musician’s income streams and reducing Hollywood to basically huge budget superhero movies and little else. Whilst I’m not really into video games myself, do the authors suggest that all gaming is inane?

Elsewhere, Fernandez & Iazzetta posit circuit bending as an alternative to consumerism which, building upon Stiegler and Flusser, they describe as a “zombie-state tendency.” (“Circuit-Bending and DIY Culture,” 2015, p. 12)

So, do we blame the people who are letting themselves be entertained? Are we really any better than, for example, the nurse who binge watches Friends on Netflix to decompress after a long day (and I know several of these), just because we listen to obscure music on obsolete formats or solder some electronics to make an old toy squawk and squeal?

I think that ,e.g., DIY and circuit-bending can form part of a path forward; are ways of making and doing upon a dying planet. But that’s it, and I want to resist anything that positions doing things this way as better. Is it not alienating, under-valuing, and condescending to presume the happy masses lives are any less rich than our own? 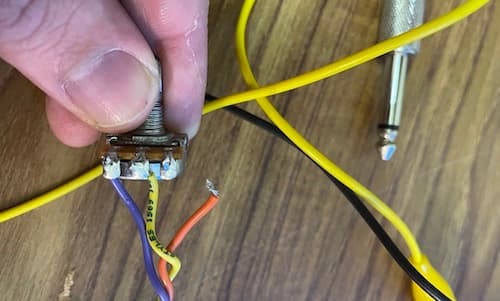 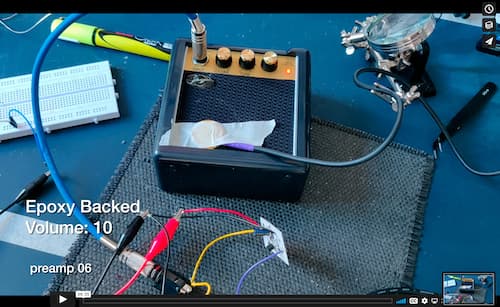 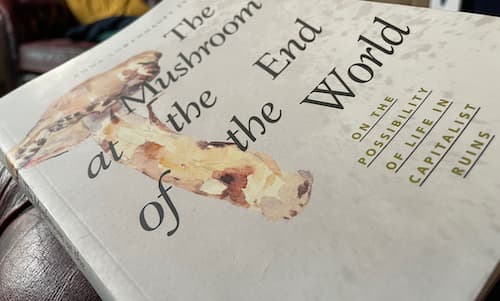 I recently finished reading Anna Lowenhaupt Tsing’s ‘The Mushroom at the End of the World’. It wasn’t directly relevant to my work but has sparked a couple o...