I love contact microphones and vibration speakers. I love using them in combination for feedback and/or sound filtering the most. As Barker say’s himself, “making instruments out of objects”. It made total sense when my friend sent me a link to the video above.

I mean it is kinda cool and it totally makes me want to build something myself (I’ve been planning on getting a big sheet of metal so mounting it properly like this is probably a good idea).

My biggest issue is it’s framing around being a cheap project for ~€150.

Barker says that includes the transducers. I recognised the AR-30 and they’re about £15. Fortunately, we can piece more details together from this web page.

The 1sqm plate came from Modulor in Berlin. I can’t find it anymore but a similar aluminium sheet is about €30. £30 seems to be roughly comparable in the UK for mild steel at that size.

The metal work apparently cost around €80.

I’m not 100% sure on the bass shaker trasnducer but comparable models are approx £30.

I’m guessing then that seeing as Barker already had the plate, and it sounds like he already had solenoids, That remaining cash would be for the fixtures and fittings which, to my mind, sounds about right.

Solenoids are probably in the region of ~£15 each and I count ~15. Not including the mounting hardware a somewhat conservative estimate (and some of them look like they’re doubled) is £200.

To be fair though, you can pick up 20W ‘lepy’ amps for ~£30 though and there are more DIY 30W options that I’ve never really gotten into so can’t comment on how good any of them would be.

Finally, he’s using dadamachines automat toolkit to drive the solenoids. Just the controller (there’s kits with solenoids but these look different to the one’s Barker is using) is €300.

Now I don’t know what Barker actually paid. Perhaps his automat was cheaper as I think there was a kickstarter. Perhaps his solenoids came with that version so he saved there too. Secondhand markets can be much better in Berlin than the UK and so his amps might have been a steal. He seems to have built this up over time too, it wasn’t a lump sum. I just don’t like the framing of this as an affordable and achievable project when it’s not.

This isn’t intended as a criticism of what Barker has built, or of any the equipment he uses. He’s made some good choices and built a cool system that I’d love to play with or build myself. It’s a shame though that this can’t be opened up further with cheaper more DIY solutions that would make it more accessible.

Or, perhaps it can and this will be something I can work on for a future project.

A final thought. I’m not sure where I draw the line within DIY. Is this a DIY project? He’s put the system together himself. That the amps and solenoid drivers are pretty closed systems make this feel less DIY. But I don’t expect anyone to make their own amps for something like this. So what counts as DIY here and what doesn’t? Why does DIY matter to me here anyway? 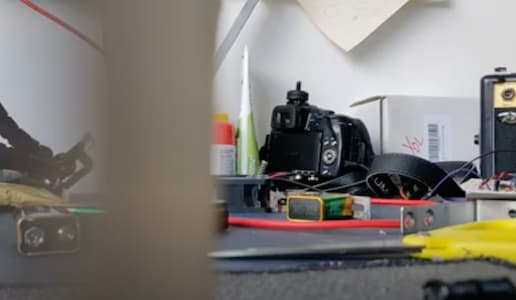 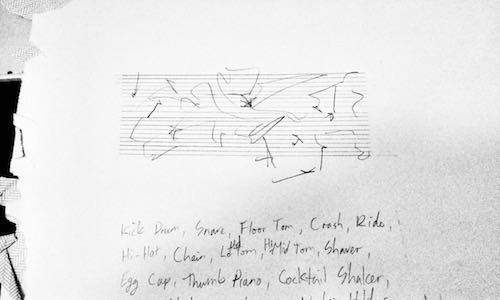 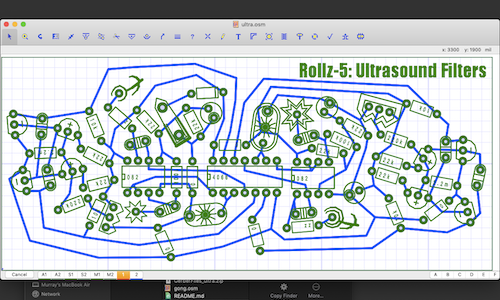 A tutorial on turning Peter Blasser’s ‘Paper Circuits’ into files needed for Printed Circuit Board manufacturing.