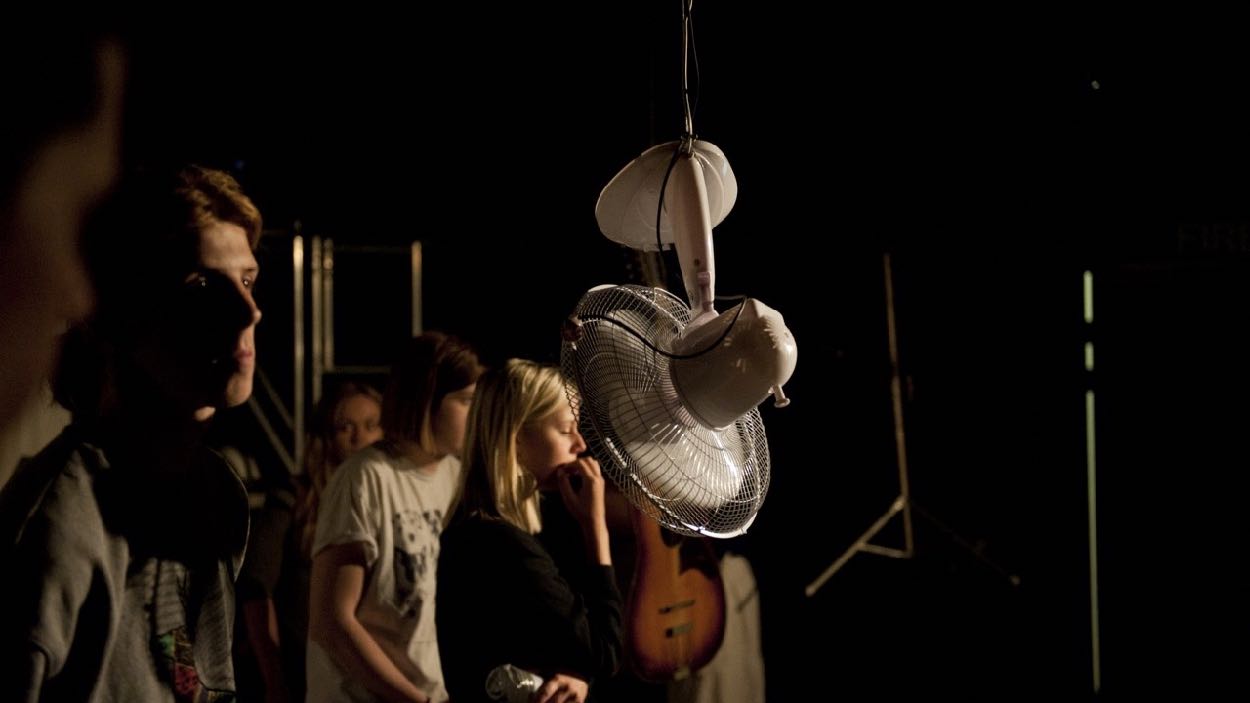 Based upon David Tudor’s Rainforest IV (1973) and realised as a collaborative electronics workshop and performance.

Between 1968 and 1973 David Tudor developed ‘Rainforest’ which he describes as ‘Sounds electronically derived from the resonant characteristics of physical materials.’ The fourth (and final) iteration was concerned with hanging large ‘sculptural’ objects and making them sound in space.

Rather than using commercial transducers we built DIY amplifier and contact mic systems, based upon explorations into the music making process implicit in the building of sonic technologies, to achieve the same aims.

Ran as a workshop over 2 days we built the transducers and arranged the space, culminating on 30.06.14 in a 2 hour performance.