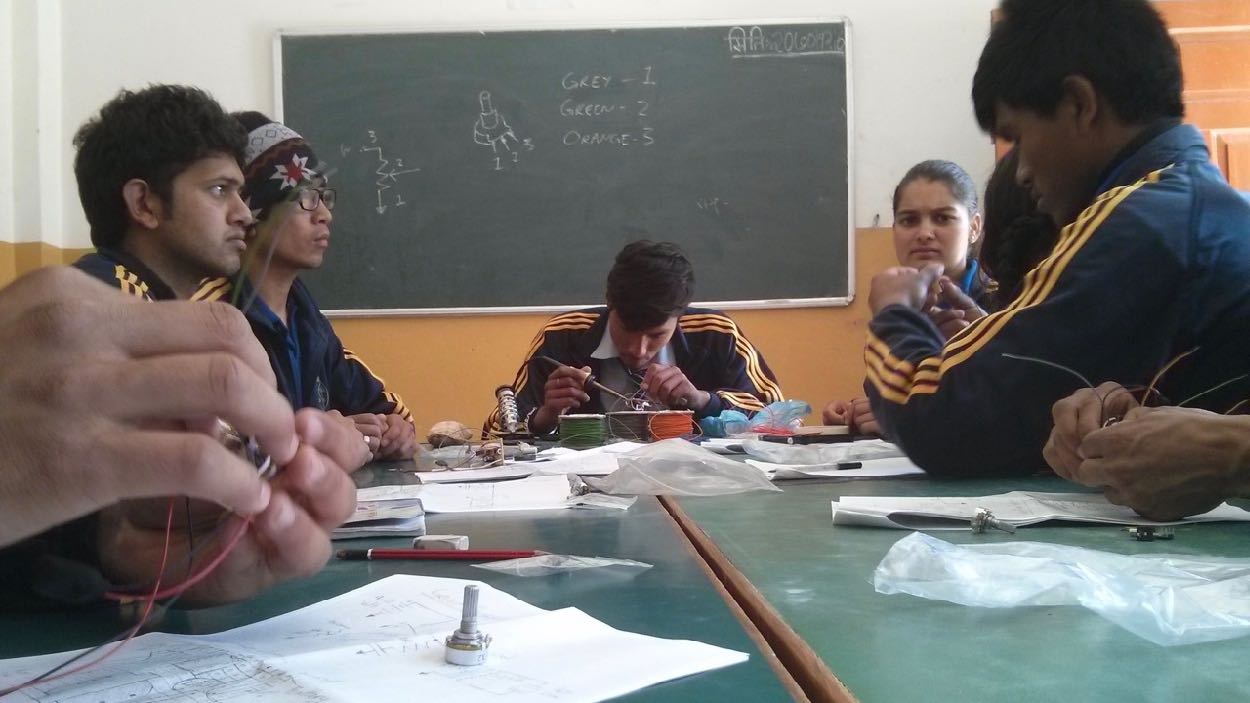 In March 2014 I visited Nepal with my wife. I was there to run a workshop where we would turn objects in speakers allowing us to intervene locally with sounds. As it was exam time in mainstream schools I was placed in a deaf school and the workshop needed to be rapidly adapted.

The circuitry amplifies and transforms a sound signal (such as from an mp3 player or mobile phone) to drive a piezo disc contact mic to vibrate. Attaching the piezo to a resonant object amplifies these vibrations further, in space, like a speaker. These speakers aren’t clear sound reproducers but take on resonant characteristics of the objects themselves.

The vibrating piezo disc can be felt and we were instead able to work with deaf students allowing them to touch the sounds directly and through surfaces.

The students built the entire apparatus themselves from components which I provided and they learned basic soldering and circuit building skills alongside creative interaction with the world around them.